Out of 158 teams, they were the only team from Europe that has advanced to the finals. Their hard work and determination brought them the world championship.

Big big CONGRATULATIONS ! We are so proud you! 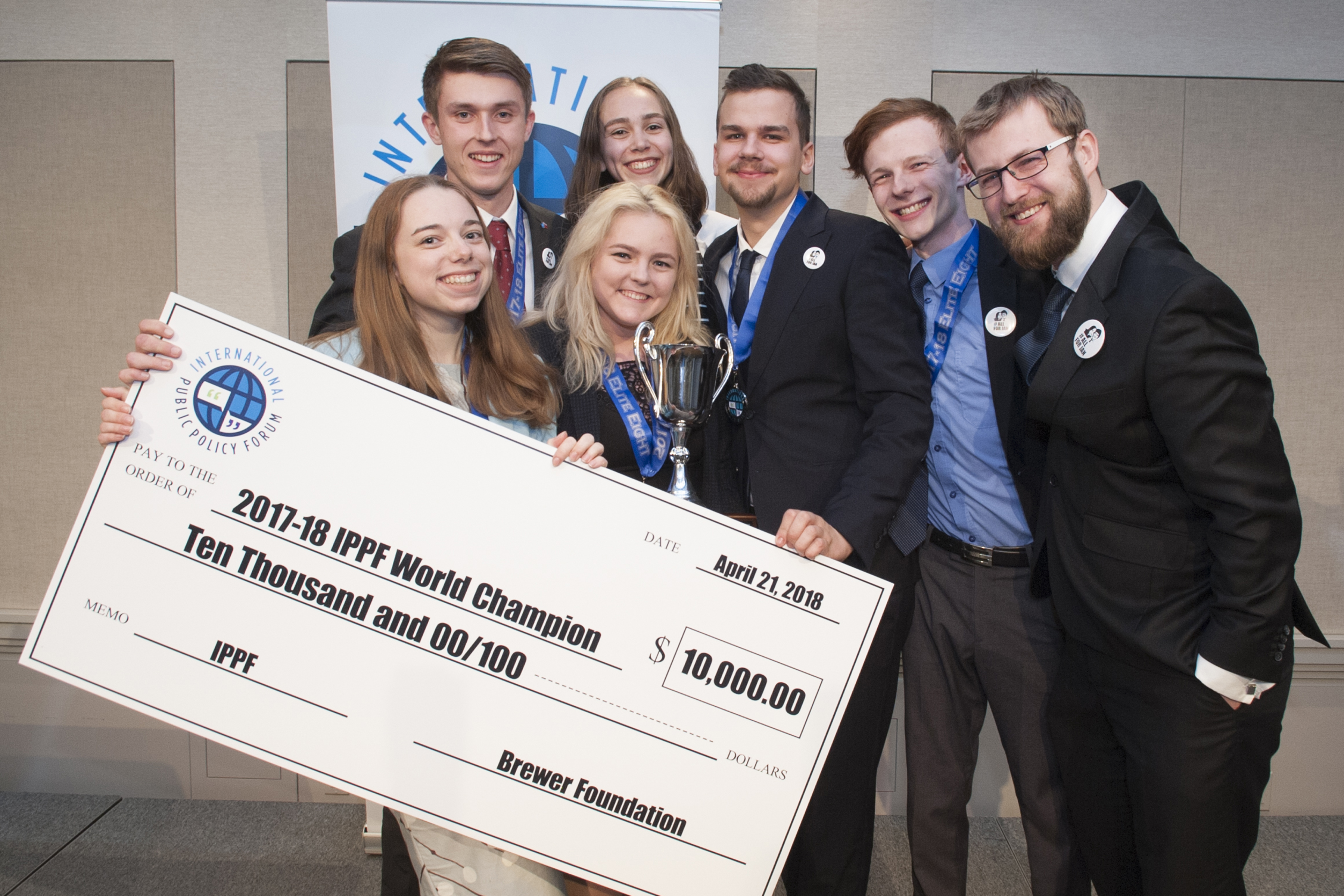 The final debate was held at The Harold Pratt House in New York City. 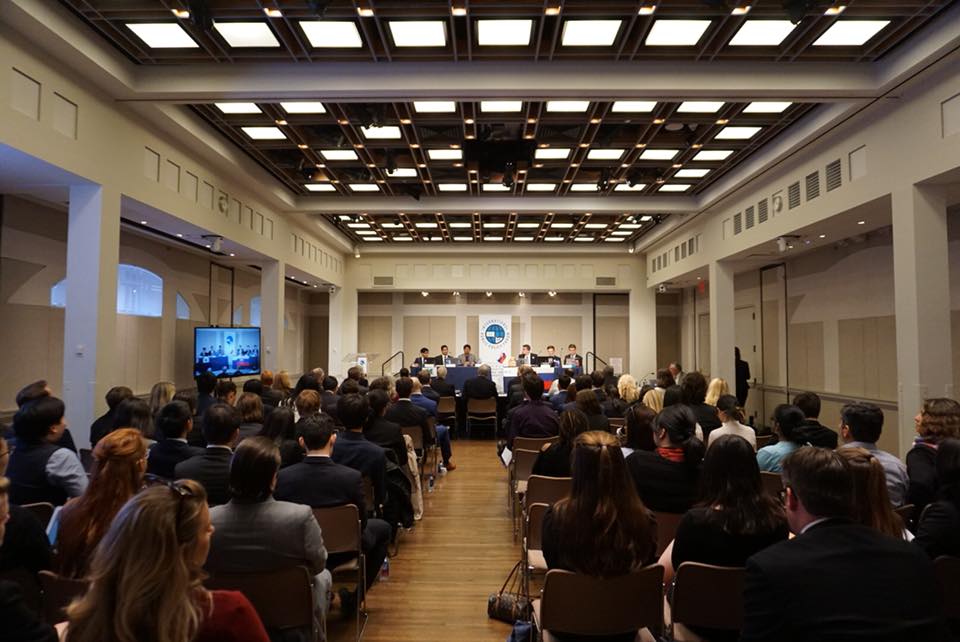 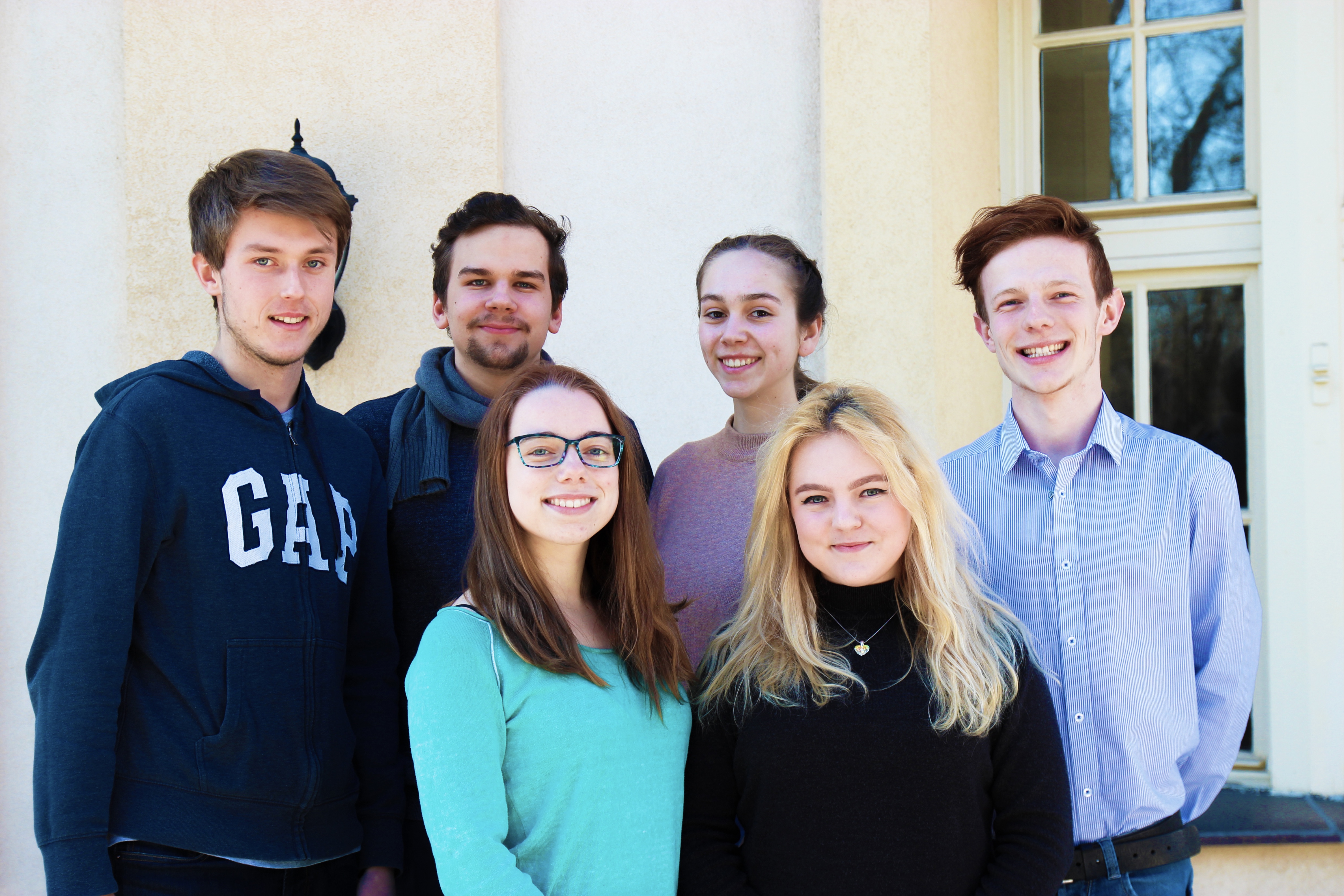 The judges focused mainly on the depth of professional analysis. It was not enough to rely solely on stylistics, and all the arguments in the debate had to be supported with real evidence. So students have really had to dive into the issue of climate change, emissions, and learn the motivation of political leaders in the world. And since it was done as teamwork, their mutual cooperation was also important. And it can sometimes be more demanding than greenhouse gas emissions. 😊 Luckily, they became one team step by step together to reach the world finals.

In New York City on April 21 they have faced against 7 teams – from China, from Taiwan, and 5 teams from the US. The winner of the World Cup will win the Brewer Cup and $ 10,000. The jury will be represented by the same big names, not only from the world of debating contests, but also personalities from the business, political and environmental world. Members of the jury include founder of the IPPF and Chairman of the Brewer Foundation, William A. Brewer III, another is former president of the NYU, John Sexton.

The IPPF is the first competition that gives high school students from around the world the opportunity to engage in written and oral debates on issues of public policy. The debate contest was founded in 2001 by the Brewer Foundation to promote academic achievement and celebrate speech and debate. First founded as a national contest, the competition went global in 2008.

GET TO KNOW OUR LEAF ACADEMY TEAM: 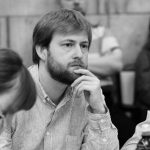 Since 2002, when Braňo won the Slovak Debate League, he has worked as a judge, trainer, debater and coach in 15 different countries. He attended his first World Schools Debating Championship in 2008 as a judge where he moved to the Grand Final. Since then, he has adjudicated the Grand Final at six of the seven WSDC tournaments which he attended as a judge and served as a member of the Chief Adjudicator’s Panel in 2009, 2013 and 2015. In 2011 he coached the Slovak national team. He served as Co-Chief Adjudicator for WSDC 2016 in Stuttgart to show that he is steadfast in his commitment to talk everyone’s ear off.

Braňo guided our team throughout the competition IPPF. He has helped with stylistics and strategy in the debate. He considered which argument to give priority and how to built it up.

„I feel very proud of what this team has managed to do. I am particularly impressed by the dedication and hard work that has been put in by all the members throughout the competition. I am honored to be mentoring very clever and enthusiastic kids and to have watched them grow as debaters throughout the months we have worked together,” comments Braňo.

Jasna loves discussing current issues and politics. Her fascination with trying to find a common ground and shared solutions has led her to participate in model conferences and debate tournaments. She also founded Model European Parliament here in Slovakia, seeking to educate high-schoolers and prompt dialogue.

Apart from founding a debate club, Lucka was deepening her passion for current affairs by participating in competitions and Model EU conferences. Lucka also co-organised the TEDxYouth@Žilina conference and she was writing theatre plays for several years. Our Y4 student is well known in our community for her love for culture and French language.

Sára is a Y3 student that gets to new experiences easily since she always wants to participate in everything. So though she is often short on time she already parricipated in debating, MUNs and MEPs all around Europe. She is in the organizing team of TEDxyouth@Bratislava as well as MEP Slovakia 2018. She enjoys reading, philosophy and discussing anything with anyone.

An avid reader since an early age, Matej has always been obsessed with the latest news. After participating in a number of academic olympiads, he found his passion in debating, which allows him to explore fields like economics or human rights. Matej has also organized a TEDxYouth conference in his hometown and competed in golf as a member of the Slovak national team.

Samuel started debating at the age of 13 and throughout his debating career he coached several debate clubs and judged numerous debates. In case Samuel is not occupied by debating, he is most probably working on a startup. He also serves a role of Residential Assistant at the Gentlemen hall, where he often resolves pressing issues within his hall and our community.

Emigrating from the Russian Federation to the Czech Republic, and currently living in Slovakia, Timofej has experienced living in various cultures and meeting people with from different backgrounds. Because of his interest in economics and philosophy, Tim became a debater and after 4 years of competing on the national level, he twice represented the Czech Republic at the world debating championship. His most valued trait is the simultaneous combination of confusion and desire to organize, which has led to him having many unforgettable experiences.